Koalas are probably some of the most iconic wild animals, gaining popularity due to their adorable teddy bear looks. They’re cute, fuzzy and docile animals that have stolen the hearts of animal professionals and lovers of all ages. In fact, koalas are so popular they’re a main attraction for most people visiting Australia. However, these cuddly creatures are still a bit misunderstood. Here are some fun facts you may not have known about.

Despite often being called “koala bears,” koalas are not bears are aren’t even related to them. Koalas are marsupials, which means they carry their young in a pouch until they’re old enough to become independent. Other marsupials you might know of are kangaroos and opossums. Each koala gives birth to a single baby, called a joey, develops from an embryo in its mother’s pouch and stays there until about 6 or 7 months of age. Joeys stay with their mothers for about one year. 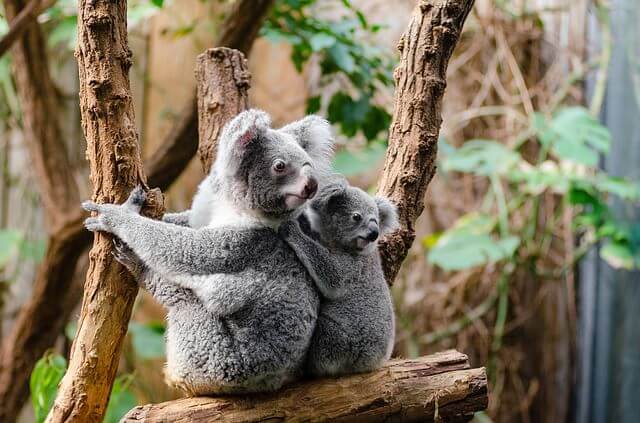 #2 – Each Koala Has A Specific Home

Every koala has a “home” made up of several trees they visit regularly, called home trees. These trees make up the koala’s home range, which overlaps with other koalas. Unless it’s for breeding, most koalas will not visit other koalas from different home trees. Koalas know their home trees very intimately, the same way people know their own homes!

#3 – They Have Special Feet

Although not technically thumbs, koalas have two digits on their front paws that oppose the other three, much like our human thumbs. These are used for extra grip while climbing through trees and holding on to branches for food. On their rear feet, the 2nd and 3rd digits are fused together to for a special toe that’s used for grooming. 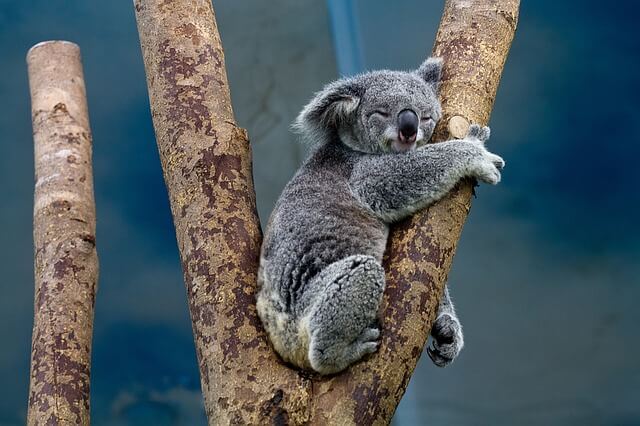 Koalas are nocturnal, which means they sleep throughout the day and are active at night. However, koalas will sleep at night too. In fact, they sleep an average of 18-20 hours every day. This might sound like a lot of rest, but it helps them conserve energy. Most of their diets consist of eucalyptus leaves, which offer very little energy and take a long time to digest, and results in their need to sleep often to help gain back needed energy for more foraging.

#5 – They Have Huge Appetites

Because their diets consist of low-energy, low-nutrition foods, koalas need to eat a lot. Despite their size (an average 9-33 pounds between males and females), they eat about 2.5 pounds of leaves per day. When they aren’t actively eating off of a branch, they’ll store leaves inside pouches in their mouths for snacks later on. They have special digestive tracts to break down the tough fiber in eucalyptus leaves and remain unharmed by their poison – eucalyptus leave are toxic to most other animals, including humans.