Raccoons are some of the most notable animals in North America. These medium-sized mammals are plentiful in both the wilderness and urban areas alike – as they’ve adapted to being around people. Even though many consider them to be pests, raccoons are popular animals and have played a part in the mythology of many Native American ethnic groups. Perhaps understanding these intelligent animals will help bring them into a more positive light, rather than perpetuate their stigma as a nuisance.

Raccoons are surprisingly intelligent animals. Their reputation for being cunning and curious have sparked studies on their trainability and intelligence. Studies in the early 20th century showed raccoons to be better than dogs at remembering tasks they were taught, being able to perform them up to three years after their initial lessons. Some raccoons have been tested to have higher intelligence than the average human toddler. 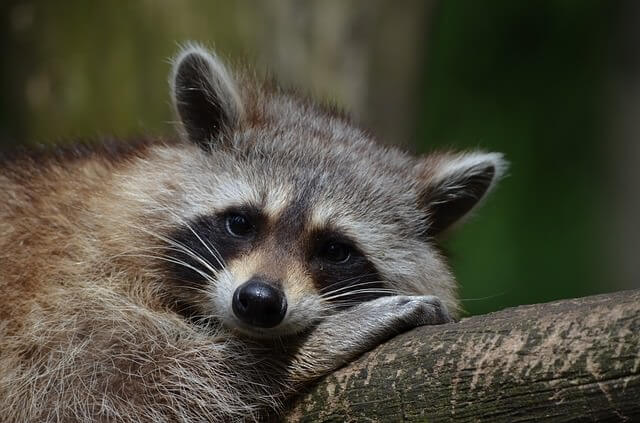 One of the most remarkable characteristics of raccoons is their hands. Raccoons front paws are built much like a human hand, with opposable thumbs that have helped them open doors, turn knobs, pull latches and handle food and other items with incredible dexterity. The front paws of the raccoon are the most sensitive areas on their bodies, and they examine almost everything by feel. Because their sensitivity increases when wet, raccoons have been noted to douse items in water to get a better feel for them.

#3 – Raccoons Will Eat Almost Anything

Raccoons are considered to be one of the most omnivorous animals on the planet. Fruits, nuts, birds, eggs, snakes, frogs, insects, fish and shellfish are all regular parts of a raccoon’s diet. However, being opportunistic feeders, they are not opposed to digging through human trash, stealing dog and cat food or even taking off with human foods. Because it’s so easy to feed them, they have become well adapted to urban life and naturalists fear the ever-increasing dependability on human interference for the species. 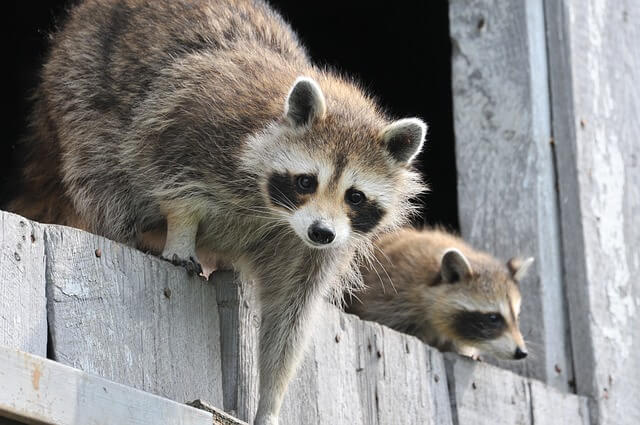 #4 – They Should Be Left Alone

Raccoons have adapted to urban life, but they can be very aggressive animals when approached by humans. Aside from this, raccoons are common carriers of many infectious diseases that affect both humans and domestic pets. Leptospirosis, salmonella, tularemia, tetanus, listeriosis, distemper and roundworm are regularly found in raccoon populations. Most importantly, however, is that raccoons are notable carriers of the rabies virus. According to the CDC, 92.6% of reported rabies cases in the United States were infections in wild animals – of which 30.2% of those cases were raccoons. Raccoons are the most frequently reported rabies cases in North America, so caution should be taken when approaching these animals.

Originally, raccoons lived in the tropics where they foraged among riverbanks. They eventually moved up north and can be found anywhere from Canada to Panama, where they are found in the tropics, prairies, mountains and coastal regions. Outside of their natural habitat, raccoons have found homes in urban areas. Although native to North and South America, they have taken up residence in Europe and Asia as well. As a result of both escapees and deliberate introductions, raccoons are now found in Japan, Germany, France, Russia, the Netherlands and even Scotland. In Europe, they are now widely considered a nuisance and many countries are considering ways to decrease their ever-growing populations.