For nearly two decades, Fur-Ever Wild has been open and operating in the Eureka Township of Minnesota. Terri Petter, the owner, keeps Fur-Ever Wild on a 57-acre property made up of part pasture, part wetland and part junkyard. She advertises Fur-Ever Wild as a “working agricultural farm,” according to her website. Every spring and summer, she invites the public in to see her collection of exotic animals – including wolves, foxes, cougars and bobcats. She ran the operation without issue until recently, when the truth about her “farm” came to light.

According to Cory Zurowski of CitySearch, Tim Warner is a former volunteer who began working around the farm in 2006. He fixed equipment, built enclosures and fed the animals. One day remains clear in Warner’s memory. Petter had asked him to check on the animals one afternoon, saying she had done so in the morning but hasn’t been able to go back yet. Warner will never forget what he found arriving roughly 3 hours after the phone call from Petter.

He tells Zurowski, “I walked into where they were kept and there was a dead skunk, an albino skunk. His name was ‘Edgar’ named after Edgar Winter. [There were] two dead porcupines, and a lynx that was dead […] We’re not talking like they just died. They were frozen stiff, their bodies kind of deflated as if they hadn’t been checked on for days […] The ones still alive were freezing and ravenous like they hadn’t been fed in days. When I called Terri, she swore she’d checked on them that morning and acted like it was no big deal.”

When he inquired what he should do with the animals, Petter advised him to just leave them there and she would take care of them later. As strange as this situation was for Warner, it wasn’t the worst he would come to see. During the wolf breeding season in 2009, a young male was bred to a female, but his penis would not retract afterwards. Warner states that Petter never sought veterinary attention. In fact, the wolf’s genitals became severely infected and he died about two weeks later. “She just basically let him suffer and die with his penis sticking out,” Warner says of Petter. “I remember going to feed him and he’d just be laying there. I wish I could remember his name, but I’ll never forget that wolf as long as I live.” 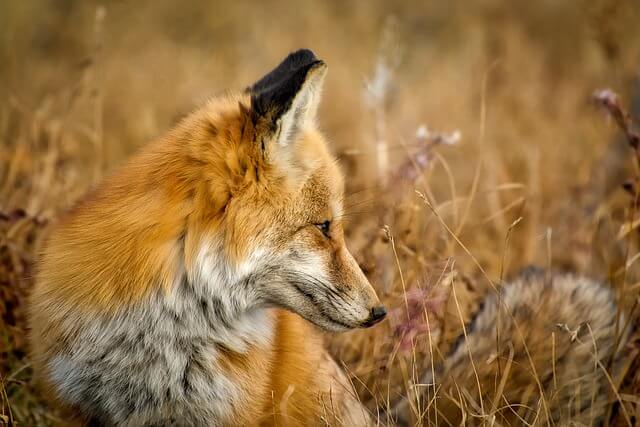 Fur-Ever Wild started exhibiting their animals to the public in 2002 and in 2011, Petter started offering “official tours.” Adults would pay $7.50 and children $5.00 to enter, or pay $25.00 if visitors wish to have a more involved experience. Petter also offers $175 photography workshops to get up close and personal with the wolves. But this petting zoo isn’t the money maker for Petter. In fact, it’s not even her main business. It’s what happens in behind the scenes that needs to be understood.

It was around the time Petter started inviting the public to come see her animals that things got interesting. She had written a letter to the township asking to build a new barn as her previous one had burned down. The township, in turn, sent a letter to the residents advising them of the situation. But it wasn’t the building of a barn that made peoples’ stomachs churn. Zurowski writes, “According to state and federal licensing and inspections paperwork, minutes from township meetings, and court records, both Petter and her boyfriend, Daniel Storlie, acknowledge that since circa 2001 they’ve been furriers. The couple raises, slaughters, and harvests animals for the pelts. They also sell leftover parts like teeth and paws.” 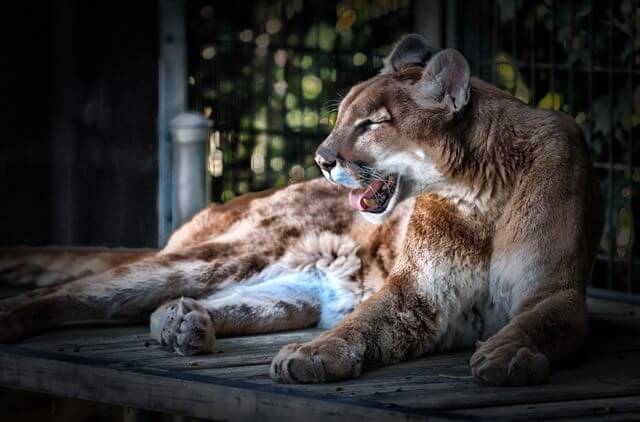 In other words, the petting zoo was a front for the real business going on in the background. Petter was using her facility to breed animals for their pelts. She bred them, invited the public to come socialize and play with the young animals and when the doors closed behind the last visitors of the year, she slaughtered the animals and sold their fur. Needless to say, this didn’t sit well with the rest of the residents.

Petter eventually faced, and is still fighting, a lawsuit to shutdown her farm. But Petter refuses to shut down without a fight. Legally, she is unable to charge people for coming to look at the animals. So she updated her website, saying that she isn’t running an animal exhibition center. On her website, it states: “We do NOT charge for admission! We are NOT an animal exhibition. Everyone that comes on the weekends must volunteer and help feed the animals. You pay for what you feed. ” Essentially, people are being charged for the food they feed the animals, even though they’re required to feed the animals if they come visit. 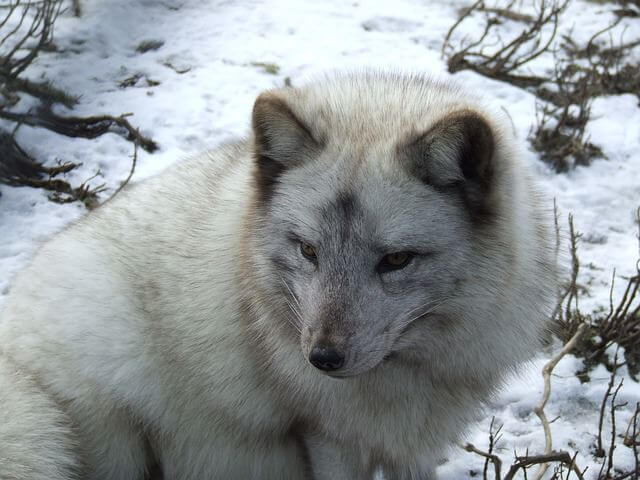 Warner isn’t buying it and neither are the rest of the neighbors. “She can call it what she wants,” Warner tells Zurowski. “Oh yeah, they’re acclimating, they’re socializing the animals to the public.… What she’s doing is adjusting these wolf pups to be handled by people so they’re not skittish of people. And we know what happens. It’s so it’s easier for her to kill them [for their pelts] in a year or two and they won’t be scared of her. People need to know she kills the animals.”

The court ordered her to close the doors on animal exhibition and remove the wolves, cougars, bobcats and other animals from her property. But Petter is currently getting away with it by beating around the bush. Residents are upset that authorities aren’t stepping in to enforce the ruling. Petter states that officials will have to remove her animals over her own dead body and she’s counter-sued. She is expected back in court on June 14th of this year. Warner is especially upset that officials aren’t taking action when they can enforce the removal of the animals. “How nobody from the legal side isn’t calling bull[crap] on it and seeing what she’s doing…,” says Warner. “But nobody wants to rock the boat.” 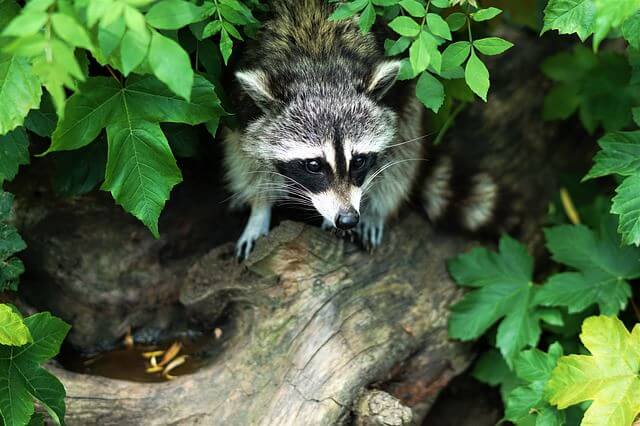 Petter is still claiming the animals are well cared for, although visitors report that this is not the case. Minneapolis resident Michelle Valadez toured Fur-Ever Wild in April 2016 and was astonished at the condition of the animals. “She kept talking about how healthy her wolves are, much healthier than in the wild, because, she said, they take such good care of them and they’re loved so much,” Valadez told Zurowski. “That’s not what I saw. They were all dirty and scruffy. Every animal was mopey, lethargic […] It’s the dishonesty about the whole thing that’s most disgusting to me […] What kind of person raises animals, pets them, gives them names, then turns around and can look at them when she’s slaughtering them?”

If the court doesn’t order Fur-Ever Wild out of business forever, the mounting legal fees might do the trick. Petter has set up a GoFundMe account asking for help supporting their desire to keep running. She’s stopped working on projects to expand and has listed some of her other properties for sale. Petter has begun to claim that her wolves are, in fact, wolf-dog hybrids in the hopes that they won’t fall under the restriction to own and showcase the exotic animals. 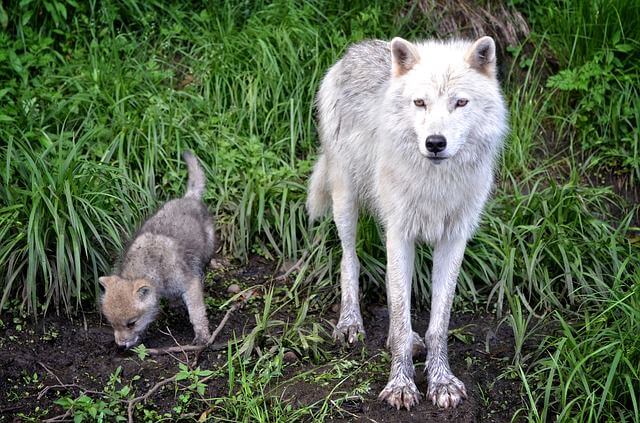 But species doesn’t matter when it comes to pelting and animal welfare, which is the real concern of the residents. Petter has admitted to pelting wolves, foxes, woodchucks and even wishes to pelt her prairie dogs when she has babies. In 2007, she skinned 1,500 foxes. There’s no limit to the type of animal Petter wishes to kill for it’s fur. She wants to keep running her furrier, breeding animals in poor conditions, asking the public to socialize them so they become friendly with humans, and kill them when their coats are nice and plush in the winter. It’s a disturbing operation, an appalling case of deception and an animal welfare issue that the public needs to know about.