Heartless Animal Abuser Gets The Punishment He Deserves From Judge

Jerry Moore, 39, was convicted last month of aggravated animal cruelty and witness intimidation for threatening his spouse. The crimes are serious and Justice William E. Garnett did not take them lightly. Moore was sentenced to 2 years in prison for the animal cruelty and 1 1/3 to 4 years for threatening his wife. The details of this senseless crime are gruesome, so please read at your own risk. The animal victim of this heinous crime is a now deceased 2-month-old Chihuahua named Bambi.

Back in March 2016, Moore physically abused Bambi, eventually leading to her death. The first incident happened when she missed her potty pad and urinated on the floor, a very common occurrence for a learning puppy. Moore, however, became enraged and started choking Bambi by squeezing her neck and throat. Shortly thereafter, Moore saw Bambi sitting underneath his fish tank. He asked his wife to move her, but before she could reach Bambi, Moore “launched” her against a wall in their apartment.

His wife called the police then and Moore began threatening her. Even still, she went to court the next day and left Bambi alone in the house with Moore. Bambi was in good condition at the time. About an hour later, Moore called his wife to say, “There is something wrong with your dog,” according to Assistant District Attorney Antonia Assenso. When his wife returned home she found Bambi cringing in pain, unable to eat, drink or even move. She rushed her to the veterinarian where they found multiple skull fractures. The injuries were so severe the best option was humane euthanasia for this tiny puppy.

When he was arrested, he began calling his wife “incessantly” from the precinct to threaten her about what to say to authorities. He was trying to deflect blame from himself. Prosecuters say that despite a Criminal Court order banning Moore from living with or contacting his wife, he had been living with her at the time. His wife was, unfortunately, unaware of that order. 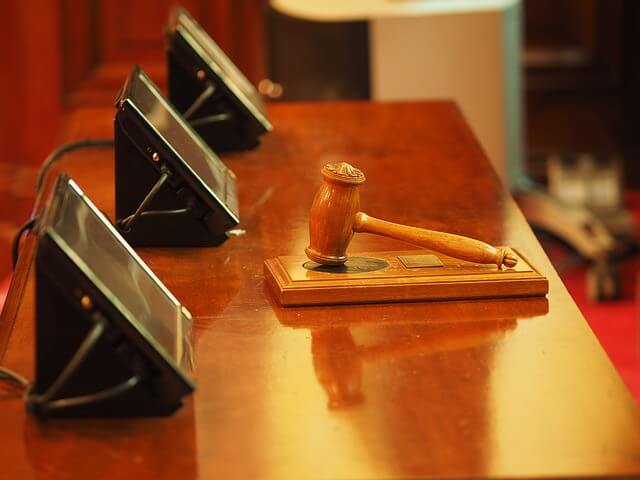 “The act of beating ‘Bambi’ is so senseless, so ruthless, so brutal that these acts cannot be tolerated by society,” said Grinberg.

We couldn’t agree more and are thankful that Garnett did as well. He decided on the maximum sentencing for each of Moore’s crimes. The sentences will run consecutively so Moore will spend at least 3 1/3 years behind bars but could spend up to 6 years.

Garnett also issued orders of protection for Moore’s wife and two children and banned Moore from ever owning another animal. Moore had denied a plea for a lesser sentence, maintaining that he did not injure the dog.

“The People say I’ve shown no remorse,” Jerry Moore said. “I don’t see how I can show remorse when I didn’t do nothing. I didn’t do it.”

Despite his story and his Attorney’s suggestion that his wife was an unreliable witness, Moore was found guilty and will pay for his crimes. “Cruelty to animals is unacceptable. My office will continue to seek justice for our most vulnerable, including those victims who have no voice — our animals,” DA Michael E. McMahon told NY Daily News. We would definitely like to see Moore behind bars and away from animals and people for a long time. Anyone capable of this type of abuse is a risk for hurting other animals and people as well.