You know that King Kong is a gorilla, and maybe you remember learning about Koko, the gorilla who knows sign language, but how much do you really know about gorillas? Here are 5 fun facts you never knew about gorillas, which are listed as Critically Endangered on the IUCN Red List.

#1 – There are 2 species and several subspecies

Gorillas, as all great apes, are very intelligent. They have been observed using tools and they have various methods of communication, including about 25 different sounds. Koko, a captive-born gorilla, has been taught sign language since she was a year old. She now uses about 1,000 signs and understands around 2,000 words of English.

#3 – Newborns suckle at least once per hour

Infant gorillas also have a very strong grip, clinging to their mother for the first 5 months of their lives without getting down or falling off. The infants gradually spend more and more time away from their mothers and only spend about half their time with their mothers by the time they are 2 ½ years old. Gorillas aren’t fully weaned until around 6 years of age. 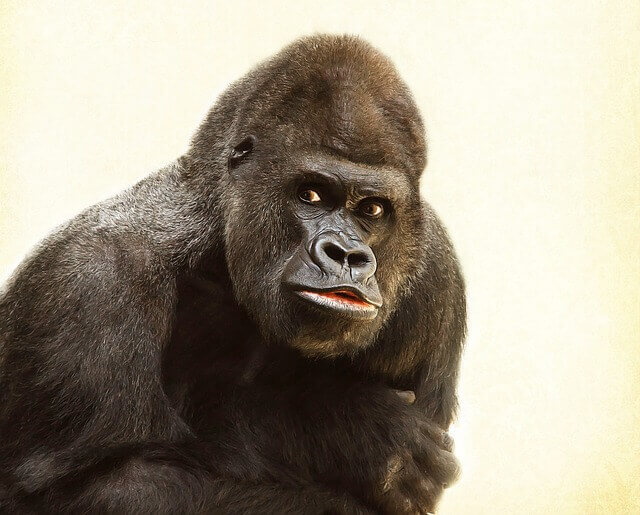 But generally only in captivity. The lifespan of a wild gorilla is usually 35-40 years. The oldest known gorilla was Colo, a female western gorilla at the Columbus Zoo and Aquarium, who was 60 when she died in January 2017.

Male gorillas don’t turn silver until after they’ve reached full maturity around 12 years of age. There is generally only one silverback in a group of gorillas. The younger males are referred to as blackbacks. Adult males can be nearly 6 feet tall with an 8 ½-foot arm span. They can weigh more than 400 pounds, especially if they become obese in captivity.