Few animals are as renowned as the lion. With their large prides, their powerful structure, their grace and beauty and those impressive manes, lions are truly the “king of the jungle.” These big cats are popular for good reason, as they have many characteristics unique to the feline world. Although information on lions is readily available, there are still some facts about these magnificent creatures that may surprise you.

#1 – There Are Different Types Of Prides

There are two types of lions, African and Asiatic lions, and they each form their own unique prides. A pride is a group of lions that lives together, as they are very social cats. Generally speaking, African lion prides consist of up to 3 males, a dozen females and their young. There have been prides as large as 40 members, though. Asiatic lions, however, tend to split their prides up. The male lions live in one pride and the females in another, only coming together to mate. In both, though, the females stay put. In prides, generally all of the females are related because they all stay with the pride in which they are born. Males wander off and create their own prides once mature enough. 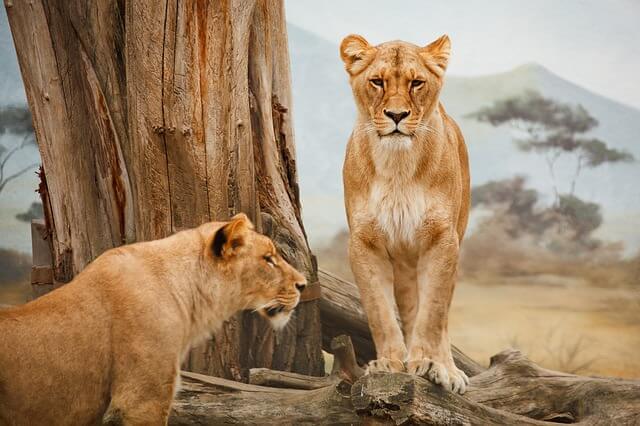 #2 – Females Do Most Of The Hunting

In prides, the females do most of the hunting. This saves the energy of the males for fighting off intruders or other threats. When working together, these large lionesses can bring down very large prey, including wildebeest and zebra. The lionesses typically have a position in the group hunt, such as stalking prey on the “wing” and then attacking or moving a shorter distance from inside the group and capturing prey running from other lionesses. Cooperation helps them bring down large prey efficiently without injury to themselves. Lions are also scavengers and have the ability to follow vultures towards dying animals or carcasses.

#3 – All Babies Are Born At The Same Time

In the pride, all of the females mate and give birth around the same time. For the first six weeks after the cubs are born, they are hidden away in a den separate from the rest of the pride. However, after that six weeks, all of the females work together to raise all of the cubs. Females generally stay with the prides they’re born into, but males reach maturity around 3 to 4 years of age and are eventually pushed out of their maternal prides. At 4- or 5-years-old, they’re fully capable of challenging older males from other prides in an effort to take over. Not only will the females raise each others’ cubs, they will band together to protect their young from usurping males – because males entering a pride will kill any cubs they did not sire. 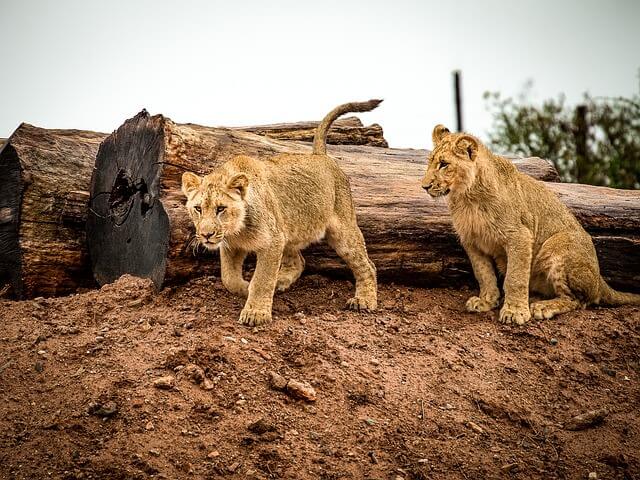 #4 – There Are Not Many Lions Left

African lions are listed as Vulnerable and Asiatic lions as endangered by IUCN’s Red List of Threatened Species. Although they used to roam almost the entirety of Africa, African lions now exist only in the Sahara desert and parts of southern and eastern Africa. Once ranging from the Middle East into Greece, India and western Asia, the Asiatic lion is now only found in the Gir Forest in India. Habitat loss, poaching and retaliatory killing by farmers are the main threats to both lion populations.

Lions are actually the only members of the cat family to display sexual dimorphism – meaning the males look significantly different than the females. Clearly, the mane is the biggest difference. A lion’s mane varies in color from blonde to black and is thought to darken as the lion ages. However, research also suggests that the darker and fuller the mane, the healthier the lion. Lionesses tend to chose males with thicker, darker manes and studies have shown that these males often have longer reproductive lives and higher offspring survival rates. Genetic precondition, climate, testosterone and maturity all play a role in the lions’ manes. Lions in colder climates such as European and North American zoos have thicker manes, presumably due to the weather. Castrated lions often lose their manes, suggesting a link with testosterone. However, some lions in the wild are maneless or have very weak manes, thought to be the result of their environment.