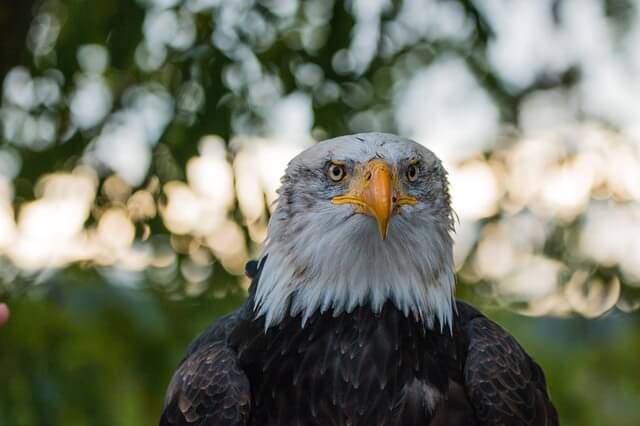 Bald eagles are one of the most widely recognized birds of prey. Although they aren’t actually bald, the white feathers on their head gives them a unique look. These large birds are impressive, which is probably why they’ve become such a popular icon for spiritual and even religious customs, especially among the Native Americans. These special birds of prey are actually a little bit more interesting than some give them credit for, so we’ve decided to share a few facts with you.

You’ve likely seen the majestic bald eagle in many a movie, but the sound you hear the birds making probably isn’t the sound of a bald eagle at all. In fact, most filmmakers dub over the bald eagle with the awe-inspiring, piercing screams of the much smaller red tailed hawk. Why? Well, the bald eagle actually makes quite a small sound for such a large bird. In fact, mostly high-pitched chirping and whistling is the bald eagle’s form of communication. If you listened without knowing the source, you’d probably guess the sounds came from a much tinier bird. But listen for yourself, these are the sounds of the great bald eagle. 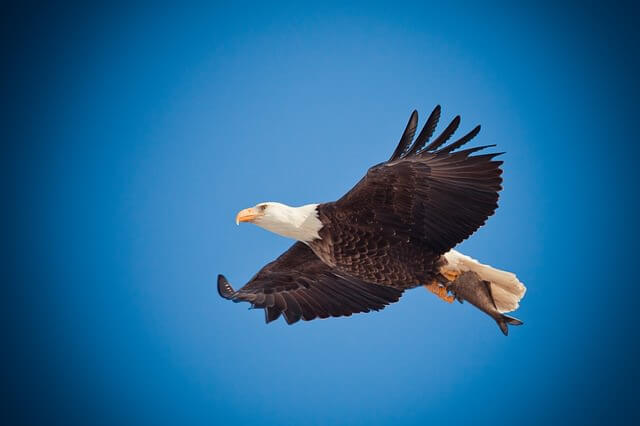 Bald eagles are known for being relatively monogamous. This means that they find partners and will mate with those partners for life. However, there are a few things that will change this. If one of the eagles dies or disappears, the other will start the search for another mate. If the two birds breed unsuccessfully, they will usually separate and search for new partners. Bald eagles live an average of 20 years, with the oldest recorded wild bird being 38 years old. That’s a long time to spend together!

Bald eagles are known for their incredibly large nests. Although each nest only holds two eggs and babies each year, they’re constructed to comfortably (well, sort of) hold an adult human. That’s right, bald eagle nests are very large; the largest known nests in North America. The average nest is 4-5 feet in diameter and 2-3 feet deep, but the birds continue to use the same nest every year. Constantly adding to them, the nests continue to grow and reach upwards of 8 feet across and 13 feet deep. The largest recorded bald eagle nest was 20 feet deep, 9 feet across and weighed an incredible 3 tons. 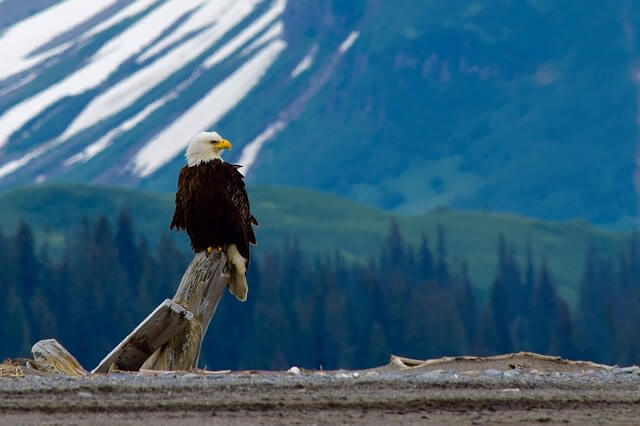 The bald eagle is America’s bird through and through. It is the national bird of the United States and can be found on prominent seals and logos, on coins and bills, postage stamps and more. Perhaps the colonial United States grew found of the birds in response to their importance in Native American culture. Through many Native American cultures, the bald eagle represents a great many things. They are thought to be messengers between gods and men, protectors, fertility and a symbol of peace.

Despite its relevance in North American culture, the bald eagle almost disappeared on behalf of human intervention. Most notably was the significant population decline caused by the introduction of the pesticide DDT. DDT is well-known for the incredible destruction it caused on the environment and the people exposed to the chemical and animals were not left unharmed. DDT was banned from usage in the United States in 1972 because it actually inhibited the reproduction of many birds of prey. It caused sterilization in some birds and eggshells to become brittle in others, crushing underneath the weight of the female’s body. To put it in numbers, the bald eagle population in the early 18th century was somewhere between 300,000-500,000, but in the 1950s it was down to 412. Loss of habitat and hunting (both legal and illegal) also contributed to their decline. Thankfully, regulations were placed and DDT banned, giving the bald eagle one of the most impressive comebacks of any species. By the early 1980s, the population was back to roughly 100,000 birds and by the mid-2000s they were able to be removed from the endangered and threatened species lists.